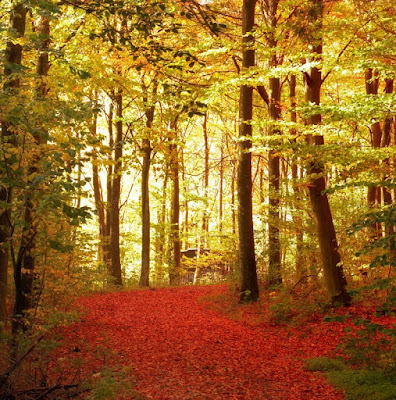 We had been on the road for awhile, having left northern California. We pulled off 70E at a rest stop, and we happened by surprise upon this blaze of Utah autumn hues while hiking around a rocky outcropping. A vendor was selling tacky leather crafts while Sangha and I took pleasure in visiting with the weary eastbound travelers. Then off we went, crossing the rain-soaked terrain.

It's summer's last hurrah when colors go darker, deeper, more delicious entirely. As here, in the raisin-hued mud. The mountains are as intriguing in texture as a Braque collage. As rich in red wine hues as a Caravaggio. Its a stunning tour-de-force joining as one. A radiantly conceived landscape, both jubilant and restful, like an abstract painting, mingled hues of charcoal, mocha, and golden taupe chart the land. It tells the tale of transformation, of change wrought deep within the earth.

As the rain poured, I could see a mountain transforming before my eyes! Rock and water mixed to form a soup mixture, and it roared down the mountain with such force- I know by tomorrow the mountain will have transformed tremendously. And the lightning! What a bonus. Like the lime in my Corona, it's all the little extras that make life enjoyable. On our approach to Grand Junction, Colorado, I was thinking to myself, Henny Penny might have been right about the sky falling. I knew skies like this existed in Van Gogh's paintings, but I didn't know they were for real. Swirls dark and light mingled together above the searching lightning rods. It was like some higher power above stirring, sending feelers down to connect with the earth.

At last, Sangha and I arrived Winter Park. It was more beautiful than I had imagined. Imagine Moroccan tiles patterned with vivid squares woven in intricate geometrics that glow in a tamarind soft sage and hibiscus. It's like a dark, sultry purr... one great spill of color. Like tongues of a flame, a thicket of leaves in hues of pumpkin, burgundy and deep red, are exuberantly welcoming autumn. Deep in the backcountry, the late-day sun slanted into a hidden ravine. The cascading stream shone as golden as the precious flakes and nuggets hidden in the river's sands.

After the PAPA orientation, I went up to the cabin to settle down for the night. And I watched in awe as the full September moon rose- a vermilion sphere in the coloring sky.

On my first day of the workshop, I spent the afternoon studying with George Strickland. He did a nice little demo- a real jewel. He worked methodically and kept a dialogue with the 15 or so of us. He likes to call neutrals, "greys." And he provided a good explanation of why a "grey" is not "carbon black" mixed with "titanium white." Joseph Mendez uses the term, "color neutral," same difference. I think I prefer the term "color neutral." There is something of the language that can affect the way I approach painting. It helps me to remember that there are neutrals in nature, but there is always color in those neutrals. 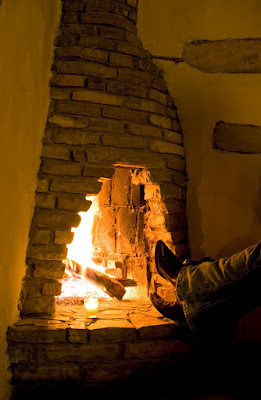 I lit a fire in the fireplace to warm my chilled feet. Twice earlier in the day, it rained on me. Do you know that feeling of having your back warmed- just inches from the fire? It's as comforting as a bowl of oatmeal and cream on a storm-tossed evening. Do you know that feeling of settling down with your favorite dog-eared book? Well, I feel the same feeling when I'm lugging around my weathered easel looking for the next subject. That easel casts the same kind of spell- it's been on countless trips, blustering days and cozy sun baths. Infused with the color of turning trees, pumpkin patches, and full-bodied merlot, here the start of autumn takes a form one can cozy up to.

Early morning that next day, fresh droplets of dew fell from a leaf outside my window- a liquid shape- like the crescent moon. (I just thought it was beautiful.) Several painters came to my cabin after painting all day, including George S., John Budicin, and Ken Auster. It seemed that I had the best accommodations with having a dog on the grounds. I suppose that Snow Mountain Ranch prefers to keep dogs away from the central hub. So I was placed in a cabin at the end of a long spiraling road. Quite a distance from where the rest of the group were staying. They were sharing rooms in one of the lodges on grounds. Of course, everyone brought beer, wine, and vodka, to boot. Dappled light, laughter ringing and a silky pour of merlot glinted velvet in the light. A sweet afternoon interlude with a few new friends, in the floaty atmosphere. This place is exotic- like the 100th viewing of Casablanca for an agoraphobic. 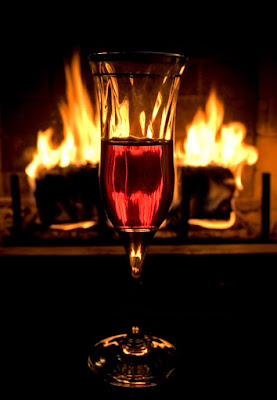 The "Marketing Discussion" among the PAPA group was long, but well worth the bags under my eyes the following morning. I learned about a few more national painting groups that I hadn't heard of, one being "North West Rendezvous". Ned Mueller, John Budicin and Matt Smith belong to this group. A familiar name came up from time to time, Clyde Aspevig, another painter that I've yet to meet. And Carl Rungius, a wildlife artist has inspired Jean Le Gassick over the years. And Sergei Bongard made the spotlight through Gay Faulkenberry. Sergei is someone I wish I could have known among others, but he left behind great work for me to study. Ralph Oberg had glorifying things to say about him. George S. was eloquent stating that "art is an extremely jealous mistress and it needs your entire focus." Smith and Oberg talked about their 15-year-old friendship and their infamous road trip to Canada where they painted from morning 'til night before the spotlight had struck plein air painting in America. I learned about those that inspired these plein air pioneers of today, such as Michael Lynch and Ray Vinella whom Budicin studied under.

I'm not one to show much patriotism, but here I've wrapped myself in down-home pride from dawn's early light to days end. One red rose, big as a showman's boutonniere, might be good enough for some, But, when I call up my inner diva, I accept nothing less than a lime in my Corona. Oops, lost my train of thought.


The autumn-lit leaves seem to be trembling. As if spun from a hodgepodge of blooms spied behind an old farmhouse, here is fragrant globe thistle mingling with stalks of green wheat, white tiny rice flowers and their own special charm. I breathe in the crisp autumn air of wood smoke and listen to the rustle of aspen leaves underfoot. For so warm are the quality of the afternoon light and so crisp the strong verticals of the sentinel trees, that only to gaze at this evocative backlit scene awakens all my senses. To paint it? Think pumpkin autumn leaves and caramel hued fields. New green apples, wood smoke and bales of yellow hay.

I had the opportunity to paint with Gay Faulkenberry during the last two days of the workshop. Her stance in front of her easel reminded me of Camille. They work with a similar kind of passion and intense fervor. She inspired me by how sensitively she painted- and how carefully she arranged and positioned her still-life objects. And as she painted the field of hay bales under the stormy clouds of mid-morning, I was so moved that I bought the painting before it left the easel.

Those that I didn't have the opportunity to paint with among the group were Ken Auster, Ned Mueller, John Budicin, Ralph Oberg and Matt Smith. But I observed them painting demos and received valuable criticism from them. And I'm grateful for having had the opportunity to be among the many that had the chance to steal a week of their time.


By the end of the workshop, my slightly tired fading denims were slipping away for a well-deserved rest in peace. Sangha and I enjoyed our drive back home. I sipped espresso every chance I got, and soaked in the beauty of the autumn leaves.
Posted by Carole Gray-Weihman No comments: 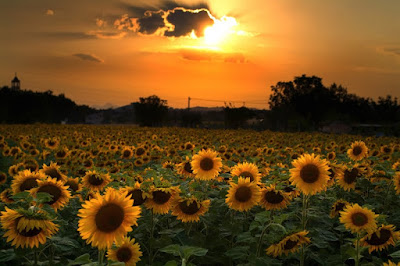